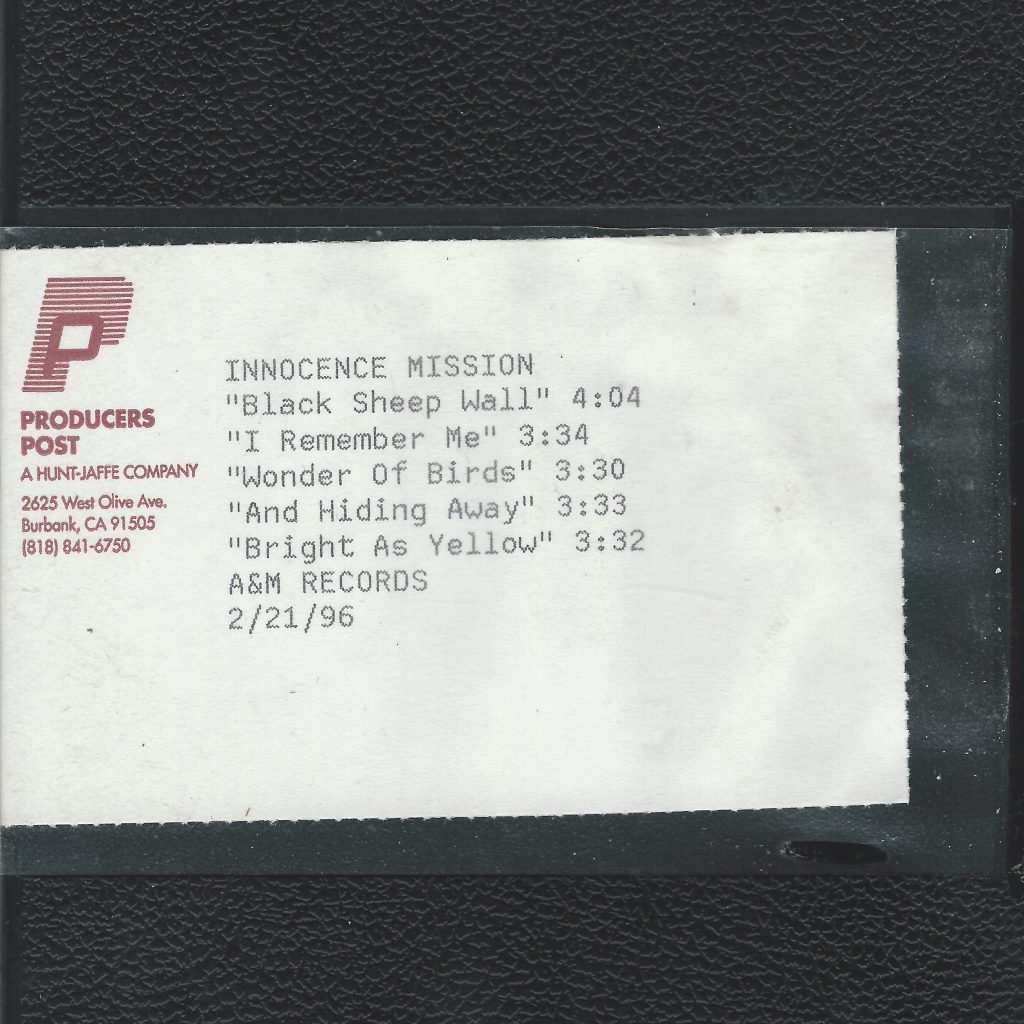 I was recently lent a VHS tape from 1996 by Producer’s Post. The video was released in 1996 and includes all five A&M produced videos without titles including “Black Sheep Wall”, “Wonder of Birds”, “I Remember Me”, “And Hiding Away” and “Bright as Yellow”.