A not quite The Innocence Mission update

Karen Peris is releasing her first solo album, Violet, with kids and Don in tow. Not quite the Innocence Mission without Mike or Steve, but a new release many will be excited to hear. 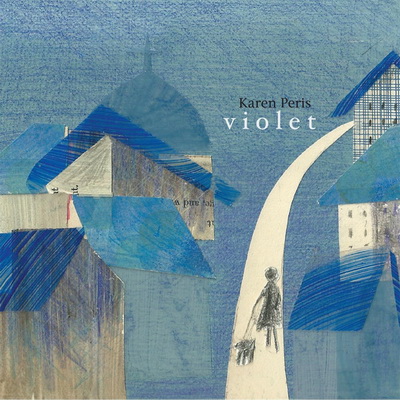 Here’s a description from Karen:

“While we have been working on a new (the innocence mission) record, we’ve also enjoyed making recordings of a group of songs that seemed to belong together on a separate album. They were all written on piano. Some have words and are sung. I guess that’s a bit redundant, unl…ess we consider the possibility that they could have been rap songs. Well, anyway, about half the songs are sung, with piano and with beautiful guitar parts from Don. And the other half are piano, or piano and pump organ, and some other instruments. My instruments are all fairly old and NOISY, so Don gets a special award for most patient and excellent engineer. He worked so meticulously to record my old spinet and little field (pump) organ. The accordion was the funny last straw, it’s started to sound like a giant bowl of rice crispies, so it is having a small rest. I’m thrilled that our children have added wonderful violin and viola parts to two of the songs. So I’ve had tremendous help with this record, which is called Violet, and it really has been a joy to make.”

For more information on her new album and a sample, be sure to visit theinnocencemission.com.

Don Peris also is working on a new solo CD:

“Don also has a new album of guitar music, releasing later this winter. We will post more details about it soon.”