On November 25th, P-Vine will be releasing the first Innocence Mission anthology album (import only from Japan), For Quiet Corner. The 24-track album combines a combination of recently released songs from the band, as well a handful of tracks found on Don and Karen’s solo projects. 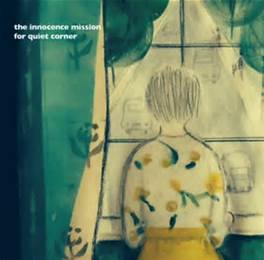 On December 2nd, P-Vine will also be releasing Hello I Feel The Same in Japan. There appears to be one bonus track, “At Sea”.